I’m behind in my blog posts considering Con of the North happened close to a month ago. I wanted to write about this gaming convention because I had such a great time. Con of the North is located in the Northwest suburbs of the Twin Cities. It had been on my radar for years, but I couldn’t afford the gas to drive home when I was in college. This year, I invited a friend to come with me, so I didn’t have to attend alone.

Con of the North was extremely well organized. When I registered for the event, I could sign up for games, role-playing sessions and other events I found intriguing. When I signed up for an event, it showed my gaming schedule on the website, so I could see what blocks of time I had left. It also showed if an event was full, you could be put on their waiting list in case someone had to drop out of the event. 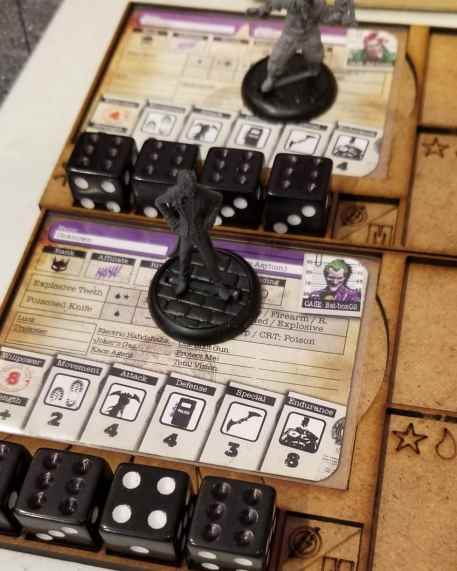 I drove to the hotel Friday after I got off of work to pick up my badge. Along with a badge, I got a Con of the North die, all of my tickets to the events I pre-signed up for and a packet for the convention including a map of the hotel. On Friday, I signed up to play the Batman Miniatures game published by Knight Models. Miniatures is a type of table top game that always fascinates me, but I’m terrible at. I find it’s challenging to predict what an opponent will do next and then try and place my miniatures in a compromising position to the opponent’s objective. I ended up losing to my opponent, but the game itself was easier to learn than I thought.

If I only had one more turn..

Saturday, me and a friend had signed up to play several games of Magic the Gathering EDH/Commander style. A while ago, I wrote about my love / hate relationship with Magic due to the community. However, me and my friend met up with two friendly, non-judgmental players. It made the event enjoyable even though if I had one extra turn, I could have won. 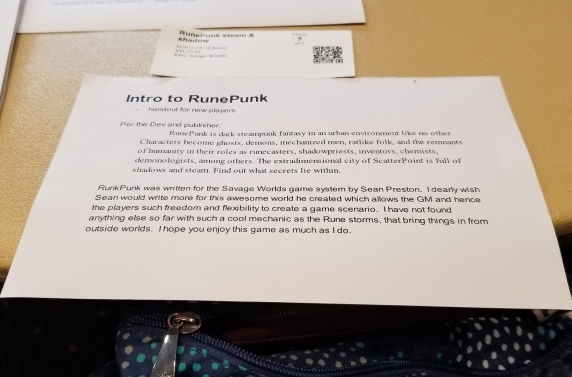 Sunday, me and my friend split up because she wanted to play a massive game of Settlers of Catan while I went to try RunePunk, a steampunk themed adventure using the Savage Worlds rules. Imagine Steampunk mixed with references from children’s stories.. that’s how I would best describe this. Steampunk has become a recent obsession of mine which is why I enjoyed this campaign a lot.

Con of the North is a convention I would for sure attend next year if I’m free. The organization, the convenient location and the welcoming community made this experience a positive one. It was a great way to spend a dull weekend in February.

2 thoughts on “Con of the North”