My video game guilty pleasure is I genuinely enjoy the Lego games. I think they’re a perfect distraction if you’re stuck in another video game and need a break from that game. I had picked up Lego Marvel Superheroes for the Xbox One many months ago. I was looking for something new to play and I saw it sitting on the shelf. I have beat the story mode, but now I’m going back and getting all the achievements which is taking a while. I wanted to pick my favorite characters to play as in their cute Lego Form.

It’s funny because I’m not a huge X-Men fan, but I like the X-Men Marvel Lego characters the most. Jean Grey’s powers are used a lot in side quests and to unlock items during the free play mode. She’s a character I heavily rely on because she can fly in her bubble and pick up Lego pieces.

I only like playing her character because of her cute costume. As soon as I unlocked her, I bought her.

The biggest stress release is coming home from work, playing Lego Marvel Superheroes and smashing Lego’s with the Hulk.

Magneto flies around in his magnetic bubble and picks up Lego pieces for me, it’s super convenient.

Wolverine is great in battle because he doesn’t die and cause you to lose Lego pieces. Instead he turns silver for a minute or two while he regenerates. I hate losing Lego pieces when I die, so Lego Wolverine is a nice character to play as.

Ultimately, I’m having a lot of fun collecting achievements for this game. Eventually I will move on to more complex video games, but right now I like just having a mental break and unlocking all the Marvel heroes. 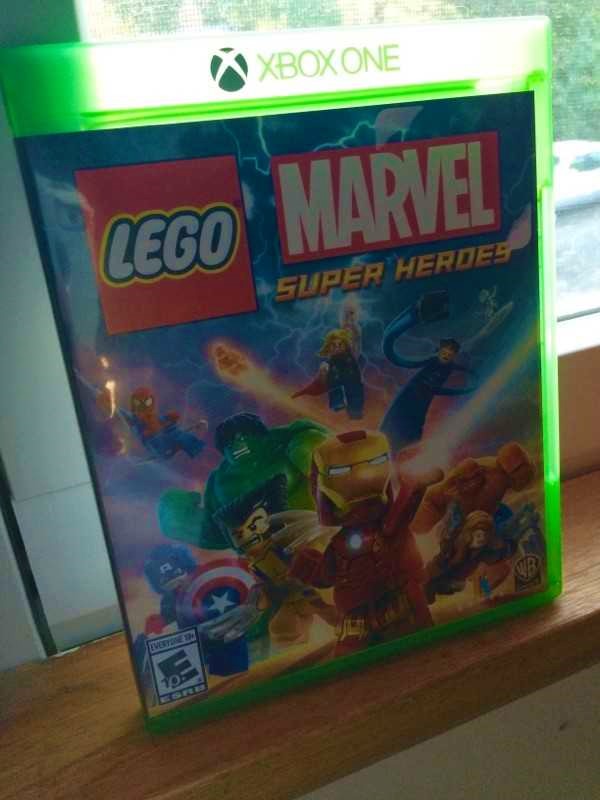