Welcome back to Bizarre Brunette after an unplanned 11 day writing hiatus. My work schedule was chaotic and all I have been doing after work was finishing the Following on Netflix while reading books and various comics. After a relaxing weekend home I come prepared to write about a smaller local convention I attended on Saturday the 25th: Blizzard World Comic Con 2017. 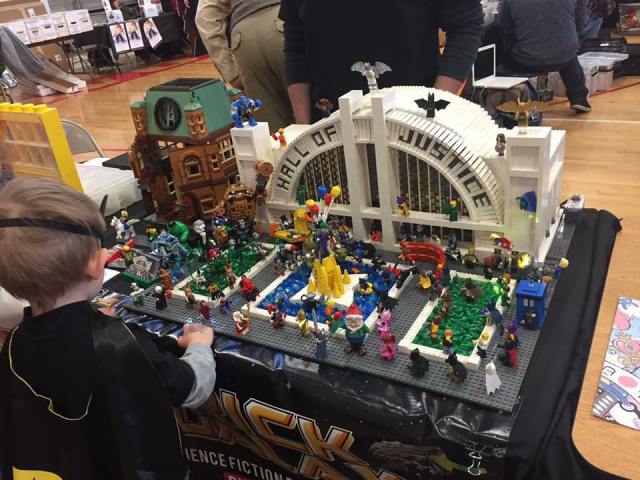 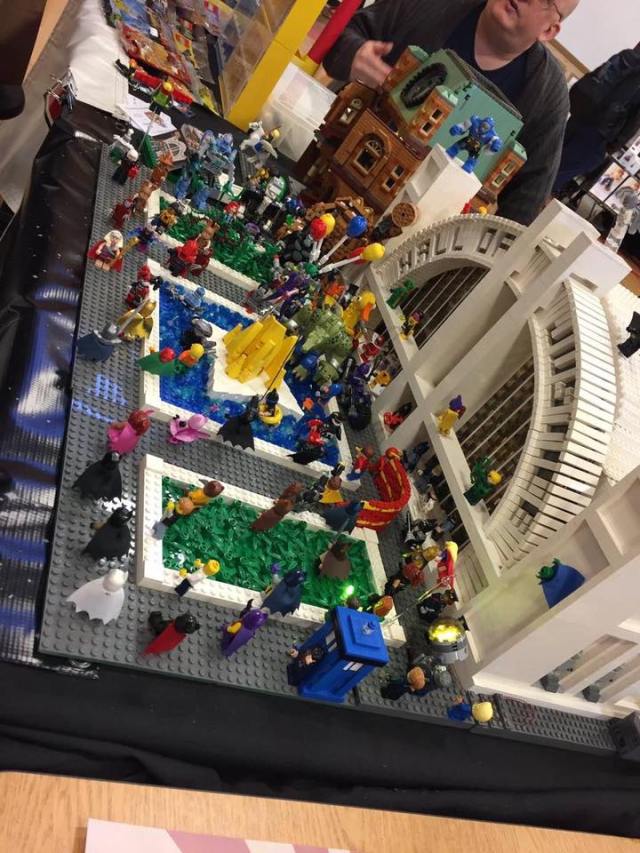 Look at all the Legos! These are two pictures of the Lego Hall of Justice set up. Almost every Justice League/DC Superhero is in Lego form on this display. I can’t help but notice the cute Lego Tardis making an appearance as well.

Blizzard World Comic Con is a convention that offers up tables for super cheap. Artists can display their newly minted comics, art prints and cute toys without breaking the bank. Unlike other conventions that have panels and activities, Blizzard World is a con where you spend money. I had my budget as to how much I could spend and I was determined to spread that money across as many artists as I possibly could. I only ended up spending about $30 and I went home with a couple of comics and a cool sticker which I will show you further down this post.

As for my first time being at this con, I really liked it. It was small so I felt that I could actually talk with each artist at the booths. I could learn what inspires them to create art or detailed stories. This helped make purchases that I felt really proud about. I will say that I only stayed for about 45 minutes because I blew through my money very quickly so I wish Blizzard World offered more activities besides walking around the booths. Otherwise I can definitely say that I will be back again next year.

The last part of this post is to detail what I bought because that’s always the fun part about every convention you attend. 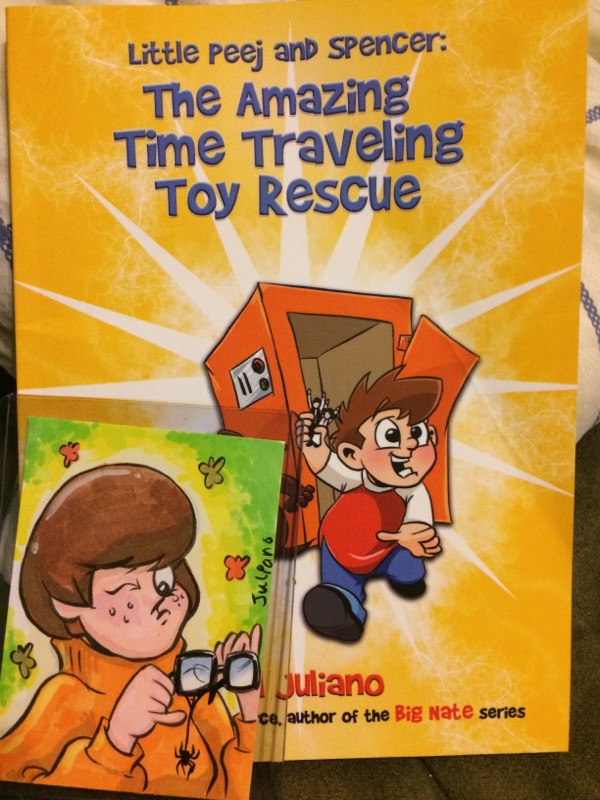 This book I ended up purchasing not at Blizzard World, but through a go fund me page initiated by Phil. He ended up saving me this Velma print and isn’t it so cute?! 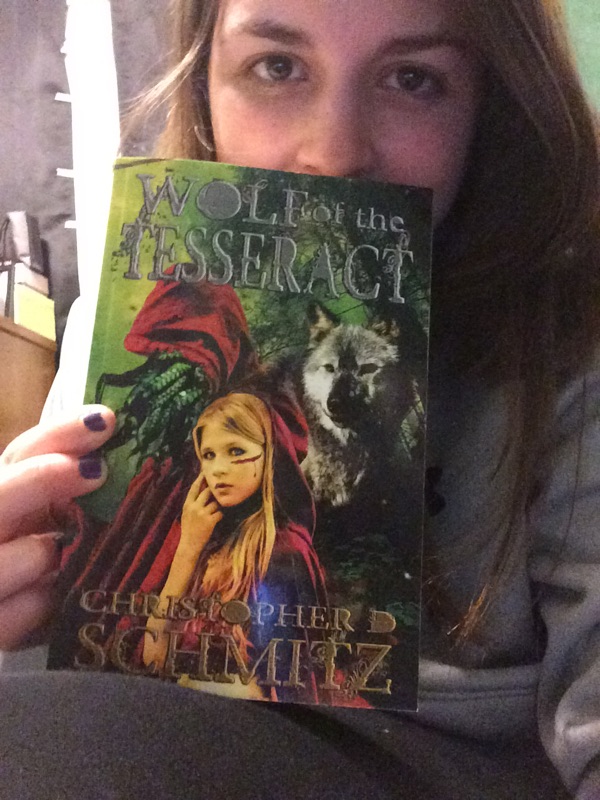 I don’t need new books to read, but this urban fantasy book caught my eye. Apparently there are references to Cthulhu and Lovecraft stories which swayed me into purchasing this book for my shelf. 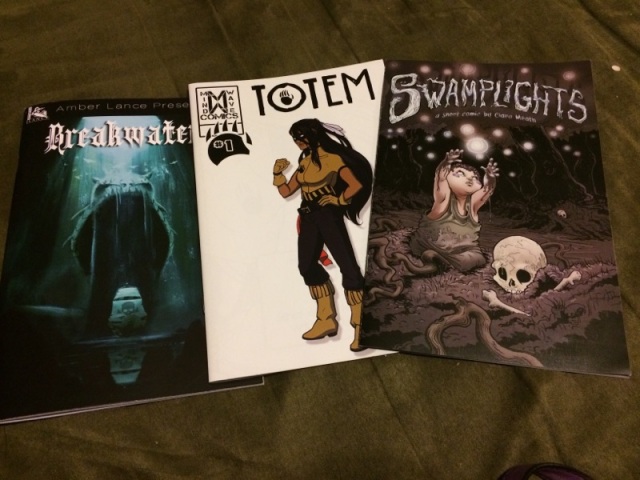 The book on the far left is Breakwater, a comic about undersea demented tales. Dave Branch wrote a tale for this comic with more Cthulhu references which I can’t get enough of. The middle comic is produced by Mindwave Comics in Minneapolis. I have been eyeing Totem for a while because the character is a Native American superhero.  Finally, this comic on the far left has Gothic undertones about a mother rescuing her baby. 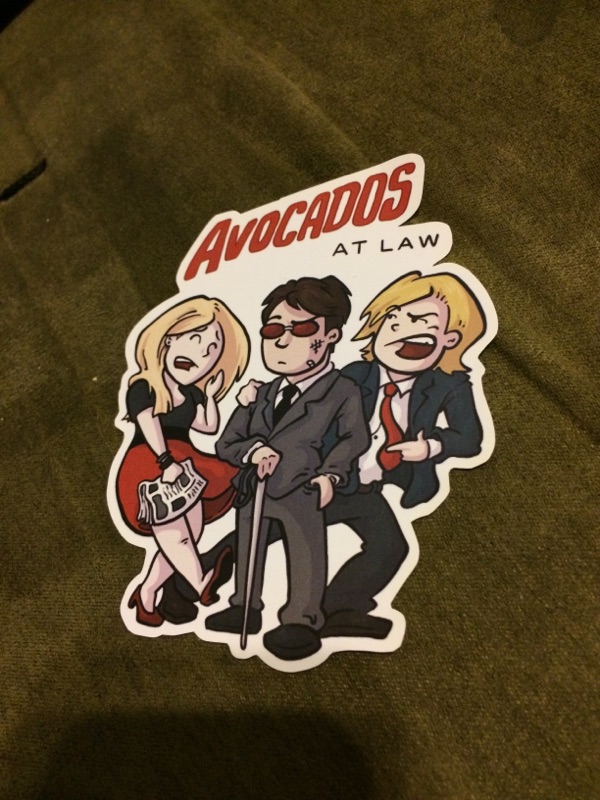 This Avocados at Law sticker caught my eye because the Netflix Marvel shows are addicting. This sticker will immediately be stuck onto the front of my planner. 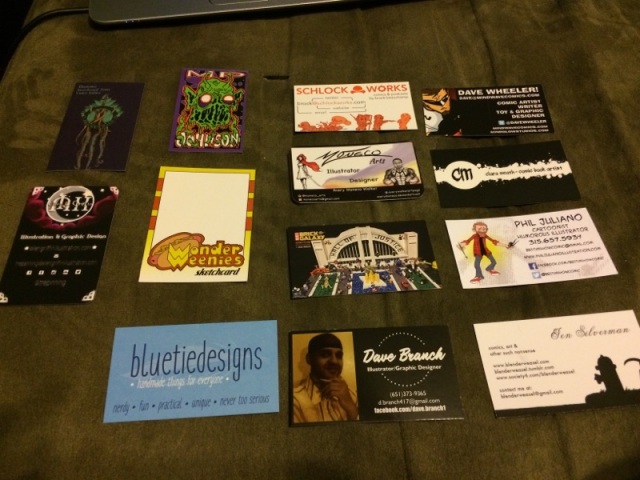 Finally, I swiped a bunch of business cards from each table. I like eyeing local art talent in case there are kick starters to support and new books hitting the shelves.

Hopefully I will keep a regular blogging routine as I really don’t like to go almost two weeks without writing. I can’t make any promises, but I do have some ideas about posts in the coming days. I wish everyone a good start to the week!