Unintentionally, I have become busy this summer with a bunch of little projects. First, I’m working on a cosplay for Sailor Saturn. Hopefully I’ll make a post in the future about what I learned from sewing a cosplay. I have also been writing various articles for Twin Cities Geeks like always. I’m also still a barista making coffee drinks and drinking bottomless cups of coffee. My latest project is signing up to be a contributor for Nerd Out.

Nerd Out is an app that posts geeky/nerdy events around the U.S and Europe. No matter where you are, you can find a event to attend that will meet your interests. These events are uploaded by contributors in that area. As soon as I find out about an event, I email it to our head person and they post it on the app. I’m trying to get other geeks aware of events in Minnesota so they will more than likely attend.

I was introduced to this initially by Danielle from From Girly to Nerdy. She contributes for this app for the Orlando/Florida area. She told me they were looking for contributors for the Midwest and I decided why not? Being a writer for Twin Cities Geeks exposes me to a variety of different geek/nerd events in the cities so I figured this would be an easy job for me to do.

Another bonus of being a contributor is free stuff! Some of the contributors have been getting free geek swag from different fandoms. I haven’t received anything yet besides my nerd out t-shirt and business cards in the mail. I hope to post more events and then maybe I can land some cool geek merchandise? 🙂

Becoming a Nerd Out App contributor was super easy and it doesn’t take up much of my time. If I do get some awesome geeky free stuff, I’ll definitely write about it on this blog. For now, I’ll get back to the constant sewing of my cosplay and editing various geek articles. 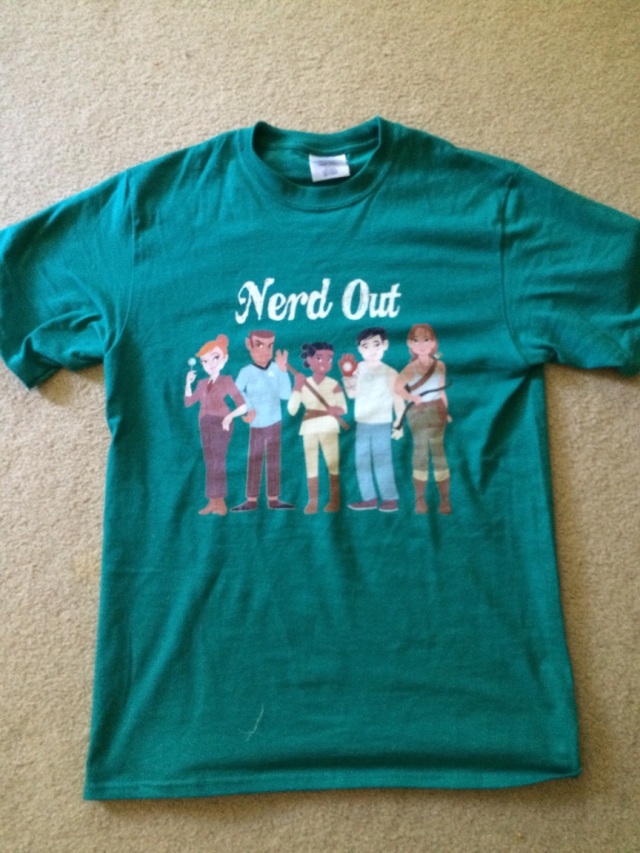 15 thoughts on “Becoming a Nerd Out Contributor”