After beating Batman Arkham Knight for the 2nd time, I became fascinated with reading more Batman comics. I’m currently reading through Knightquest which is the story line in which Batman’s back is broken by Bane. This story line is what inspired the Dark Knight Rises film in Christopher Nolan’s trilogy. Recently, I finished reading Batman: Hush written by Jeph Loeb. Loeb is a familar face to fandom as he was hired by Marvel Entertainment to co-head the Marvel Television series including Daredevil, Jessica Jones, Luke Cage and Iron Fist. This graphic novel is probably one of my favorite Batman stories I have read thus far.

Batman: Hush begins with Batman attempting a rescue mission for a kidnapped boy being held by Killer Croc. After saving the boy, he chases Catwoman around Gotham City for money she stole from Killer Croc. When Batman catches up with her, his grapple gun line snaps and he falls to the ground. Bruce Wayne has devastating physical injuries which are repaired by his childhood friend and renowned surgeon, Thomas Elliot. Throughout the story, we see past memories interwoven in the story detailing Bruce and Thomas’s friendship.

As Batman figures out who deliberately cut his line, he recognizes other super villains coming after him within a few days of each other. It becomes clear to Batman that someone is trying to take him down while also knowing incredibly personal information about him. The main premise behind this story is who could be the mastermind behind the vicious attacks against Batman. 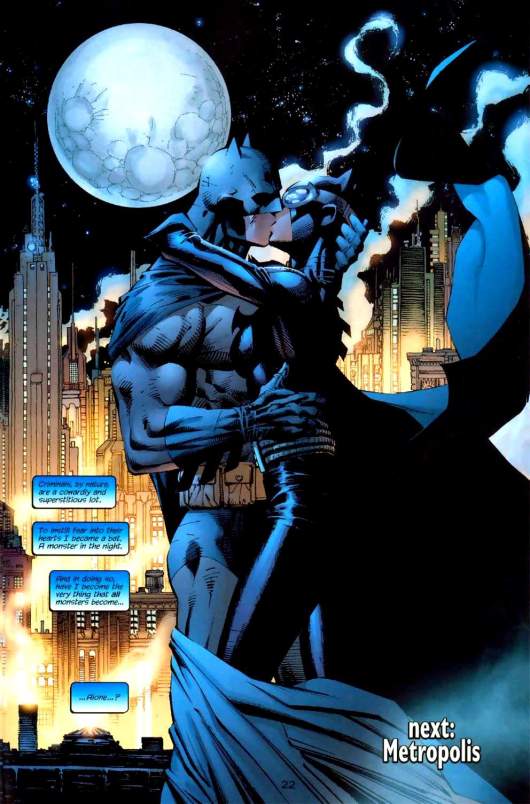 Batman: Hush is perfect for introducing comics to new fans. Within the first two chapters, famous Batman villains are introduced which has been a common complaint from other fans about this story. I personally loved it because it fits the plot.

Who else has read Batman: Hush? I would love to hear your comments below along with your favorite Batman comic.