TRIGGER WARNING: This novel contains violent depictions of rape and sexual violence. If this is triggering, please do not read this blog post. 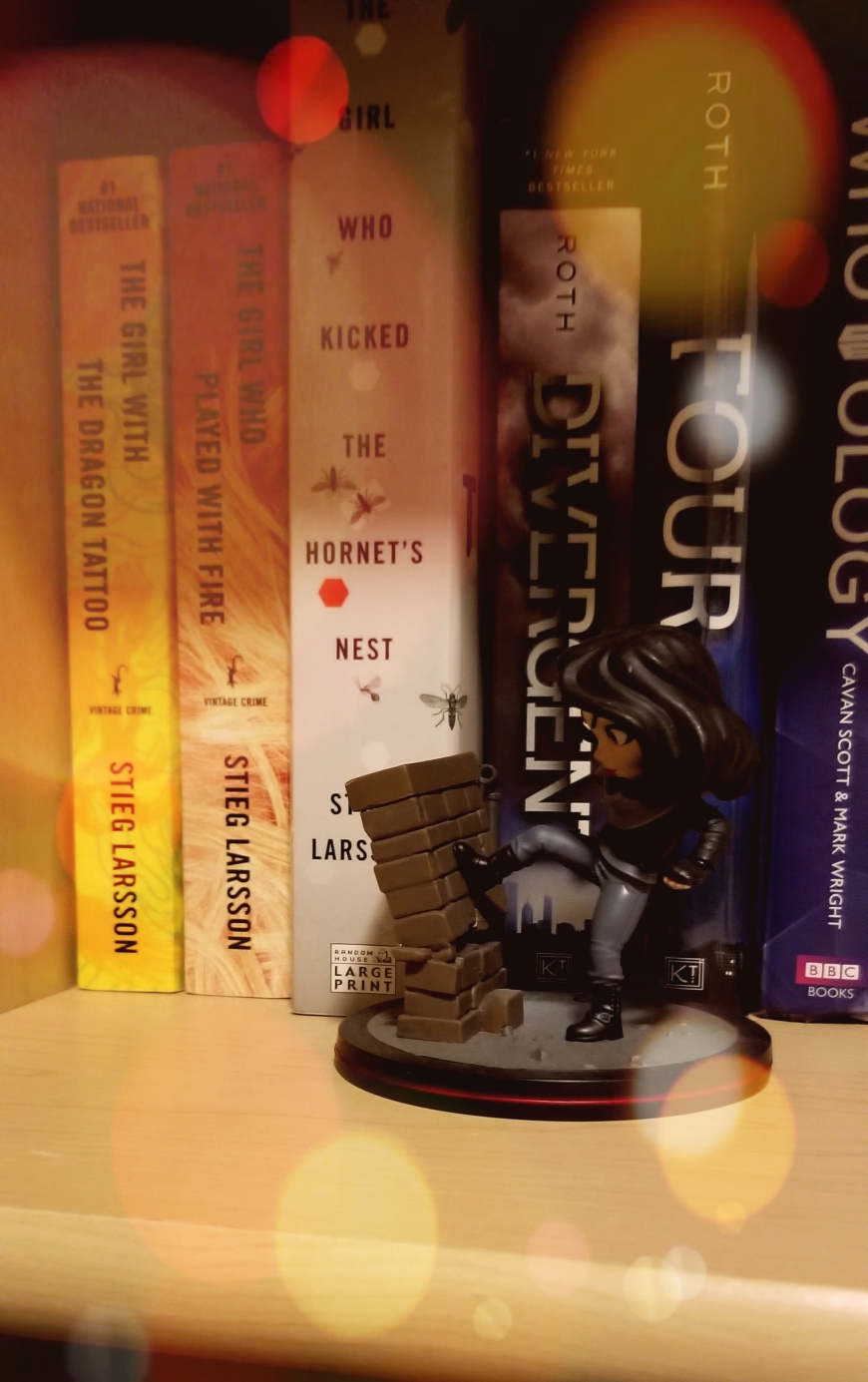 To unwind after an eleven hour day, I like to curl up on my sectional sofa with a fuzzy blanket and read a book. I try to end my night reading, however I end up crashing at 8:30 with my boyfriend removing the book from my hands. I’m a self proclaimed bibliophile as they’re certain books on my shelf I treasure more than others. One of these books is The Girl with the Dragon Tattoo by Stieg Larsson

When I was a junior in high school, I enrolled in a Gothic & Detective Literature course. It was one of my favorite high school classes where I read Frankenstein, Dracula and A Study in Scarlet. One assignment was a book report to present to the class. As you can predict, I chose The Girl with the Dragon Tattoo. I was engrossed with the characters, the setting and the real life implications of the violence women face at the hands of entitled men.

The Girl with the Dragon Tattoo begins with Mikael Blomkvist, a disgraced journalist who lost a case of libel against a powerful industrialist. Immediately after the sentencing, he’s summoned to Henrik Vanger’s mansion. Vanger is a retired CEO of a successful company who originally heard of Blomkvist from following his trial. Vanger says he will give Blomkvist evidence of this industrialist’s illegal activities in exchange for helping Vanger solve the murder of his niece, Harriet Vanger which occurred over 30 years ago.

The Girl with the Dragon Tattoo has been approved by the cat as the #1 spot to rest her paws.

Meanwhile, we have anti-social, goth Lisbeth Salander. She’s an intelligent computer hacker who has been assigned to conduct research on Blomkvist specifically for Vanger before Blomkvist meets with him. Salander and Blomkvist become entwined when she helps Blomkvist unravel the mystery behind Harriet’s disappearance along with reveal a horrific family secret.

As I first read this book, I was disgusted by the sexual violence Salander was subjected to. It was uncomfortable to read this book while comparing how society handles victims of sexual assault. I will never forget reading the section where Salander gets revenge on her rapist. It made me really like Salander as a character because even though hypothetically, this was not the way to seek justice, it was a relief to see her rapist got what I felt like he deserved.

I was feeling inspired to write this post since I finished reading the first volume in The Girl with the Dragon Tattoo graphic novel released in 2013. I’m preparing to read the second volume shortly as it’s a nice recap to the story while also showing some gritty artwork in each panel.

Before I end this post, I wanted to share a story Stieg Larsson told. When Larsson was fifteen, he witnessed three men raping a friend of his while he stood by and didn’t intervene. This moment altered him as he pled for forgiveness to his friend and they never forgave him. Let’s stop sexual violence by believing surivors when they come forward and intervening if there might be unwanted sexual activity occurring. We can all be allies to prevent sexual violence.

9 thoughts on “The Girl with the Dragon Tattoo; One of My All Time Favorite Novels”