Living in Minnesota allows me to have access to a variety of different comic book conventions. The Twin Cities specifically (which is a group of cities near Minneapolis / St. Paul) has a huge geek population. It’s part of the reason why I feel at home in this Midwestern, overlooked state. Although, I would like to attend more conventions out of state, but it’s extremely expensive. I wanted to compile a list of different conventions I want to attend in the next five years. It’s almost impossible to attend all of these in the same year and be able to buy a bunch of stuff. Here is my conventions bucket list: 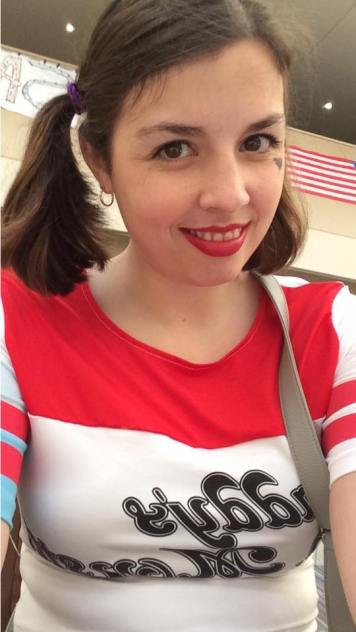 I’m going to cheat and include the convention I’m attending this month. This convention goes on for the whole weekend, but me and my friend only bought a Saturday pass. We also are staying in an Air B&B and that wasn’t too expensive to stay in Kansas City for the weekend. I don’t know what to expect with this convention, but I do plan on taking pictures, buying stuff and blogging about it when I get back.

There’s the big three conventions all across the United States: San Diego, NYC and C2E2 in Chicago. This is completely duable for me since I have a college friend living down there. She told me if I ever wanted to come to this, she would let me stay with her. Maybe I can convince her to come with? 🙂 I have been to Chicago twice now and I will more than likely visit again. I have heard this con has grown in the most recent years and I think it would be fun to wander around and possibly meet bloggers that I know.

My cousin has been to Dragon Con before and I have seen her Facebook pictures, this con looks epic. From my research on this con, it seems like there are less celebrities and more panels, merchandise and parties. As much as it’s cool to meet your favorite celebrities, that’s not why I attend conventions. I attend to buy comics, meet new people and possibly cosplay. Dragon Con would be a dream come true for me to attend such a large event.

Of course I want to attend San Diego and NYC as well. So many conventions, so little time. What other conventions should I add to this list? Let me know in the comments below!