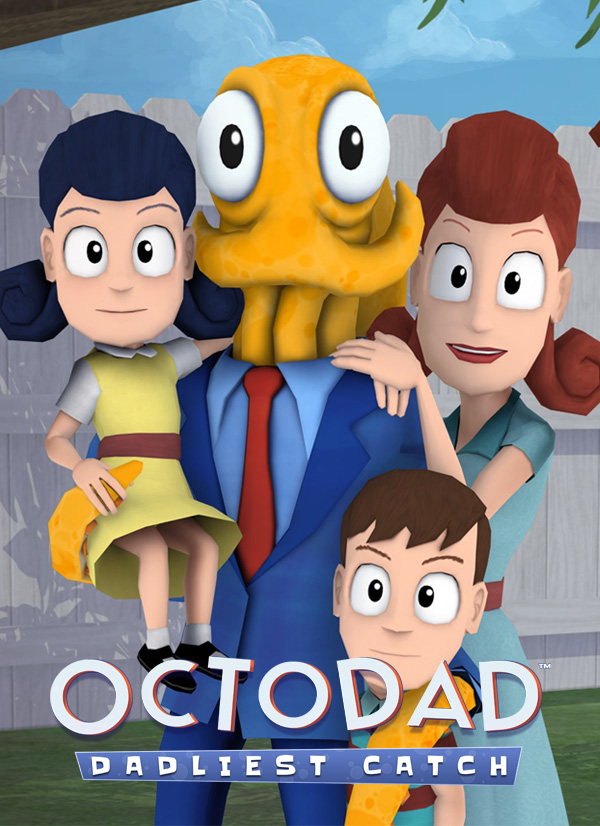 I’m devoting much of my gaming to my PS4 at the moment, but every once in a while, the boyfriend recommends a coop game he thinks we should play. I wish there were more split screen coop games for me and the boyfriend to enjoy, but they are rather limited. He suggested playing Octodad, a game all about being an octopus and managing typical father duties like grocery shopping and taking the kids to the aquarium. Overall, I found this game enjoyable, but I did have a couple issues with the game itself.

When mentioning Octodad, I find it’s important to bring up the origin story behind creating a game with an Octopus as a dad. Young Horses Inc was a company founded by university students attending college in Chicago. They created their original game in 2011 and it was a huge success. Young Horses Inc. launched a kickstarter to create a new Octodad game that was much more polished which is the game I officially played on my Xbox.

Moving around is actually more the challenge with the game because of his limbs being so floppy. Me and the boyfriend took turns being the arms and the legs so now you’re coordinating with someone else on how to move Octodad. Don’t even ask me how we got Octodad up the escalator, it took some time.

The game is pretty short with only a couple levels. You could definitely beat this in one day if you took a couple hours to play through it. One part of the game I actually disliked was the view. While on the aquarium level, I had my limb wrapped around a ladder and I was physically stuck. I couldn’t get Octodad untangled. I wish I could have rotated the view so I could see how his limb was stuck so I could have gotten untangled quicker.

Ultimately, this game is a fun, laid back game about an Octopus doing dad stuff. The game is out on Steam for PC & Mac, PS4, PS Vita, Xbox One, Nintendo Switch, Wii U, iOS, Google Play and NVIDIA Shield.

4 thoughts on “Become an Octopus in Octodad”