Wednesday is a special day during the week because it’s new comic book day! Besides new comic book day, a brewery in downtown Minneapolis hosts a comedy theme comic show every Wednesday night. I have been wanting to go for a long time, but I had been away at college for most of the shows. I attended my first new comic book day at Day Block Brewing Company this Wednesday and it was hilarious. Since I decided to sit in the front row, I cheered for the comedian who noticed me and gave me a free comic.

Me and the boyfriend enjoying a beer before the show.

New Comic Book Day is hosted by Eliot Rahal and Katy Rex who are prominent comic creators from the Twin Cities. Eliot Rahal has written numerous comics including the one-shot for Bloodshot by Valiant comics. Katy Rex is a freelance writer and editor working on Jade Street Protection Services a comic that I can only describe as “punk rock Hogwarts students in detention and saving the world.” Both Eliot and Katy are energetic hosts helping to pull this show together.

Each show has comedians who come on stage to crack some jokes before an onstage interview happens with someone in the MN comic scene. I didn’t know what to expect with the show, but I laughed so hard I almost cried during some of the sketches. After all the comedians perform, an interview occurs between the hosts and the featured guest. For this show, the featured guest was Adam Vermillion from the podcast Panels and Pizza.  At the show I met Adam in person and he’s a nice guy who has been essential in promoting the MN comic scene. 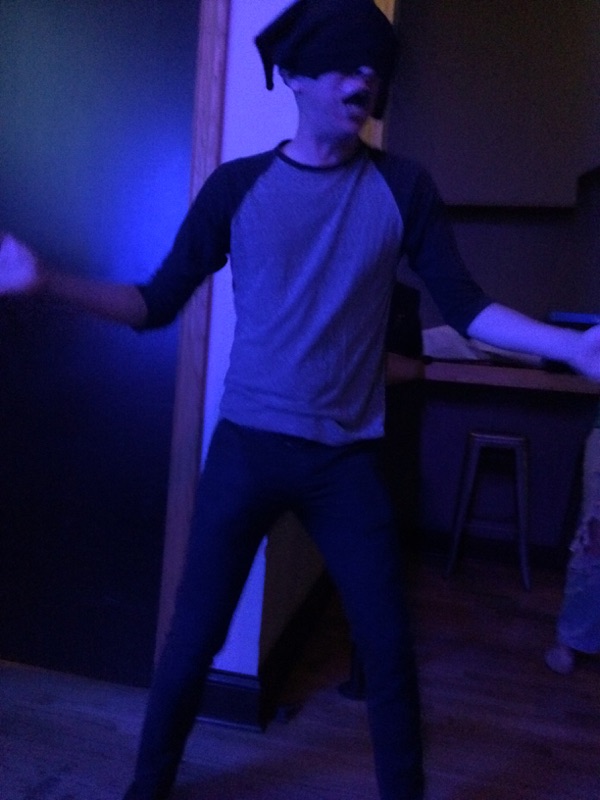 Plus I got a free comic!!!! I received issue #8 of Animosity thanks to Eliot Rahal. I did a google search and Animosity is about animals waking up and taking over the world. I’m interested in reading it and if I like it enough I may pick up issues #1-7. 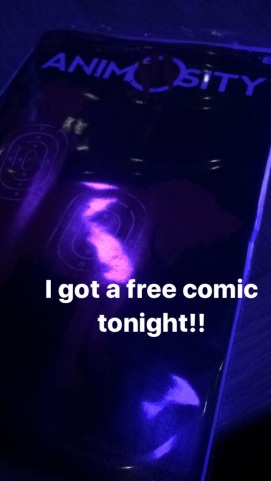 If you’re in the Minnesota area, head over to Day Block to see this show. It was a whole lot of fun and Day Block has a great brew list too. My recommendation is to sit in the front because you’re more likely to get free comics.