The 2017 convention season has begun since last weekend I attended my first con of the season on May 21st at the St. Paul Grandstand. MSP ComiCon is run by volunteers which is pretty impressive. I always sit with the Twin Cities Geek table so I am considered an exhibitor at the convention. I have never paid to get into this con and I get free lunch that’s cooked by the volunteers for this con. This con is one of my favorites and I always meet new creators each time I attend. I made sure to bring cash with me and I wanted to show off the comics and books I purchased.

Kim & Kim details the rebellious story of two young women who hijack some bounties and are in deep shit. This comic emphasizes powerful female relationships, creates trans/queer representation and it’s all taking place in this punk rock, sci fi adventure. I am always on the look out for representation in comics and independent comic labels do a great job at providing different characters. 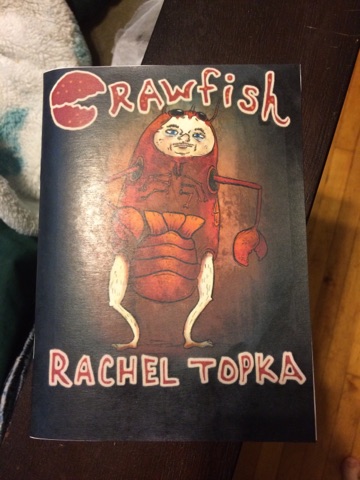 To be honest, I’m not sure if I will like this. Apparently it’s about a man who wakes up as a craw fish? I picked it up because it seemed weird, but it might be too weird for me. 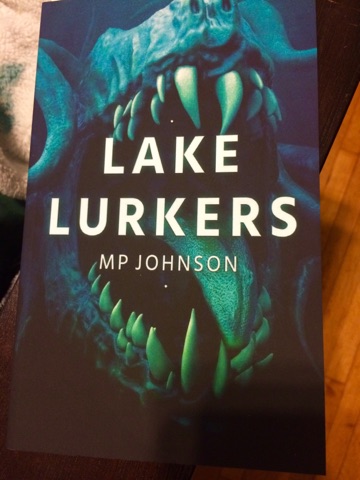 Lake Lurkers is a scary tale about creatures living in Lake Harriet which is located in Minneapolis. I love the Cthulhu mythos so anything about undersea creatures is a 100% must buy for me. I can’t wait to read this, plus the author drew me a skull in my book!

I don’t know that much about Chapel except that the main character is a former assassin. The way Anthony Hary talked to me about his comic intrigued me into purchasing it. When I purchased this comic I also got a free print. I don’t watch Archer, but I still think this print is awesome.

Big in Japan by Timothy Price

What would happen if a rock star/band traveled to Japan to fight a Godzilla like creature? Once I read this book, I’ll let you know how it turns out. My first impression of this book is imagining Led Zeppelin battling with the Kaiju from Pacific Rim. This seems like a cool premise for a book so I purchased it.

Outside by Kristin Tipping 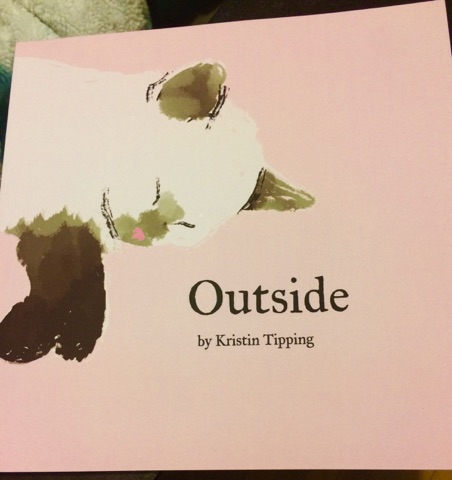 This adorable and beautifully drawn book is made by Kristin Tipping who also illustrates a comic on tapastic called Evil Witch Allie. Evil Witch Allie is a great web comic to keep up on, so I added the link to this post. Anyway, this book is about a cat named Smudge awkwardly finding his way in the world. Can I just say that I want to name my future cat Smudge now because the name is cute. 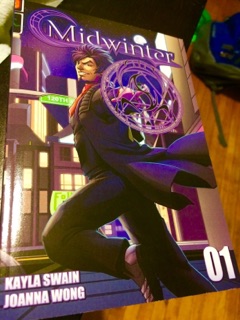 I know we aren’t supposed to judge a book by it’s cover, but I definitely did when purchasing this book. I was walking by her table and the cover caught my eye. I’m not exactly sure what it’s about because I bought this on a whim, but it seems like it would be a fun read. 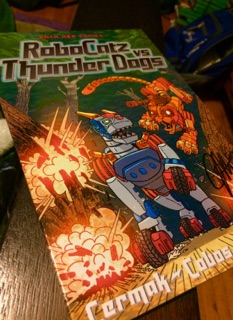 Robot dogs are destroying robot cats and vice versa in this epic comic. I am rooting for the robot cats of course.

Super villains usually always lose against the heroes, so how about trying to hire villains for other job positions. I’m doing a terrible job explaining this comic because it’s more interesting than how I’m describing it out to be. I am linking the H.E.N.C.H Facebook page so you can learn more yourself.

That is everything I purchased from MSP ComiCon this year. I am actually slightly overwhelmed at all the comics I have yet to read, but at least I can say I helped support MN artists.