Escaping stress while attending college is important to be able to stay calm and collected. Reading before bed, gaming in between classes and watching TV are great ways I use to escape from the stress. Fall television is always exciting because your favorite shows are coming back, but also great new TV shows are premiering. It makes it hard to balance all the TV you want to watch. Nevertheless, I have found so many exciting TV shows that are worth taking my time out and watching 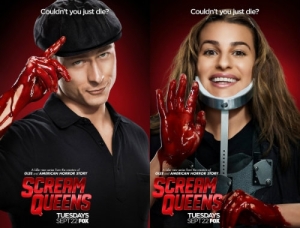 I just started watching this a couple weeks ago. It’s so over the top when it comes to the stereotypes of sororities. I find it hilarious, but a few girls I work with hate it for how sororities are depicted. Also Jamie Lee Curtis can do no wrong in my book so it’s great that she was picked for this series. Chanel is annoying, but I’m assuming she’s going to her grave by the time the season ends. Plus since it’s premiering around Halloween, it makes me more likely to really enjoy it.

Arrow, The Flash, Agents of Shield all of the superhero shows 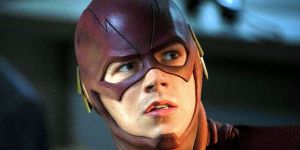 Grant Gustin: What a babe.

For those who don’t know, I love anything with superheroes in it. I will watch any superhero show that will air. The Flash is on its second season and I love all the characters. The chemistry between them is great to watch. Also I have a huge crush on Grant Gustin that isn’t going away anytime soon. Arrow provides me with mixed feelings. Arrow Season 2 will forever be my favorite because Deathstroke is one of my favorite comic book villains. Arrow’s seasons haven’t been as good as season 2 in my opinion so hopefully this season will surprise me. Agents of Shield I’m still on season 2 on netflix, but I hope to watch season 3 as soon as possible. Also I cannot wait for the premiere of Supergirl and Legends of Tomorrow

Usually political dramas aren’t really up my alley but Scandal always keeps me on the edge of my seat. Olivia Pope is a bad ass feminist in politics and she is smart and an intriguing character. I love watching the new episodes and each one ends on a cliff hanger. It’s gotten to the point where if I have even an hour of free time, I put on Scandal just so I can find out what happens.

What are you watching in this beautiful fall season? Let me know in the comments!

2 thoughts on “Fall TV That I’m Utterly Addicted To”