The joy of being an adult is driving home to & from work in rush hour traffic. Listening to a podcast while I drive helps make traffic less stressful and allows me to get lost into the episode. Sometimes I learn something new or I get a new recommendation on a book to read. Plus I just cleaned the bathroom and the kitchen while listening to a podcast so I can be productive while hearing about Ixalan the new Magic the Gathering set.  I wanted to give you a couple podcast recommendations to get through rush hour traffic.

Panels & Pizza is hosted by Adam Vermillion a local Minnesotan comic book fan. He recruits local Midwest comic writers/illustrators on to his show to promote their work. This podcast is the reason I am able to support indie comics and become more of a comics fan. Typically, pizza is also ingested while talking about comics hence the pizza portion of the title. Even if you’re not from MN this podcast will introduce you to comics you didn’t know had existed.

Once Upon a Crime

This podcast should be downloaded if you’re a true crime fanatic. Esther Ludlow is a fantastic story teller as she describes the murderer, the suspects and the towns in which horrific crimes took place. Sometimes it’s so detailed that I cannot even listen to this podcast in the dark because it freaks me out. I usually am listening to this podcast in daylight when the boyfriend is home in the apartment with me. My favorite episodes include the series which detail the murder of musicians such as Marvin Gaye and John Lennon. Also the Rebecca Shafer murder episode is especially creepy.

Savannah Kiefer is an adorable Star Wars fan with a geeky sense of style. She writes her own blog which includes Star Wars fashion and does monthly episodes on her podcast. I admire her devotion to Star Wars and she is such a cute fangirl.

Image from Coffee with Kenobi podcast.

Coffee with Kenobi is another podcast for Star Wars die-hard fans. What I like about Coffee with Kenobi is that it breaks down the Star Wars fandom into different themes. For example, I like the Comics with Kenobi series along with Lattes with Leia because of the female co-hosts. Also if you’re a Star Wars Rebels fan, there are episodes that discuss the Rebel’s season. It took me some time to get caught up with this podcast since the first episode debuted in 2014. This podcast will keep you busy for sometime.

Image from Magic the Amateuring podcast.

Magic the Amateuring is hosted by Megan and Maria and they talk about Magic the Gathering. It’s a great podcast for new players to turn to if they’re starting to play Magic. I like the two female co-hosts as they are energetic and passionate about the game. It’s helped rejuvenate my own Magic the Gathering fandom. 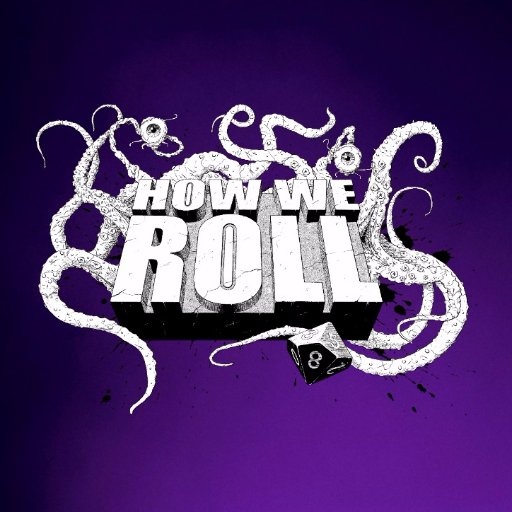 Image from How We Roll podcast

How We Roll is a D&D based podcast with a couple guys from England and Ireland getting together with alcohol and Cthulhu. The DM creates an intricate story for the players and I enjoy hearing the players laugh whey they epically fail a roll. It’s also a great podcast to learn the vocabulary of D&D if you have always wanted to play.

These couple podcasts should keep you busy for a while. I am a podcast fanatic now and I can’t believe it took me so long to use the podcast app on my phone. What other podcasts are you enjoying right now? I always could use recommendations 🙂