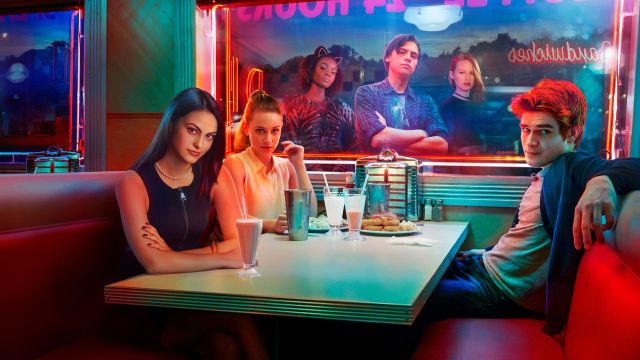 This is probably one of my favorite categories on my blog to write about. I love binge watching TV shows because once you watch a good show you become obsessed with it for weeks. I am devoted to all my shows especially if they end on a cliff hanger which angers me yet gets me excited for the new season. A couple days ago I was browsing through my Netflix “list” and stumbled upon Riverdale and decided to give it a watch. Turns out I finished it in two days. I wanted to type my final thoughts on this Archie Comics reboot.

I can’t say I have ever been a fan of the Archie comics. They just didn’t intrigue me and it seemed like a comic about two beautiful women fighting over one guy and I was just over that cliche. The TV show though… I want to go back and read the comics. 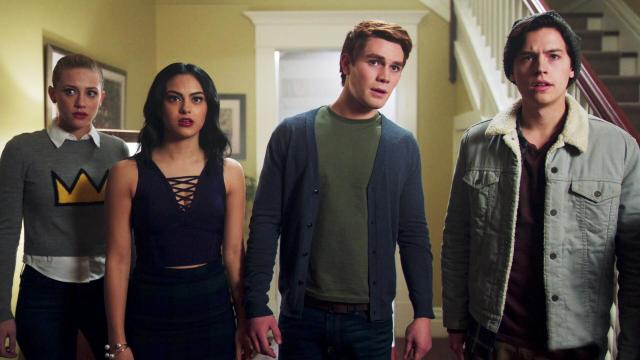 Let’s dive into the characters first if you are unfamiliar with the Archie comics. Archie Andrews is a conflicted teen who is committed to the football team along with writing music. Betty Cooper is the stereotypical girl next door, literally as she lives next door to Archie. She’s cute, sweet and innocent. Veronica Lodge is the opposite of Betty as she’s sophisticated and edgy. She’s entitled and privileged as she grew up with money and nice clothes. Jughead is the social outcast or the “weirdo” of the group.

The TV show revolves around the mysterious disappearance of Jason Blossom whom later is found shot to death in a river. All of the characters mentioned above have somehow been interwoven into solving Jason’s murder. Just when you think you have an idea of what’s going on, the show basically delivers a scene leaving you asking yourself what the fuck did I watch? Which is surprising since this seems like a creepy/eerie Gossip Girl show.

Usually in my Bizarre Brunette Binges posts, I talk about spoilers, but I’m going to leave out all spoilers in this post. I am encouraging all of my readers to watch this show before the season premiere on October 11th.