Sadly this is my only Harry Potter post in Harry Potter month. Harry Potter allowed me the chance to love so many different characters that when some of them passed, I was obviously super sad about it. Some deaths though really shook me to the core and I wanted to share the Harry Potter deaths that impacted me the most.

“Always” That word will always remind me of Snape and his tragic story into becoming a secret double agent. Imagine how he not only has to kill Dumbledore and be hated by everyone even though he was good all along. He betrays anyone at Hogwarts that he was even remotely close with. His story is so tragic because Harry finds out at the end of his life just how good Snape actually was. Plus the fact that Lily falls in love with the man who completely terrorized Snape is just heartbreaking. I get weepy every time Snape’s story is told in Deathly Hallows Part 2.

Sirius Black’s death was actually something I predicted when reading the Order of the Phoenix. I remember J.K Rowling mentioning a major character was going to die and my family making a bet on who it would be. I predicted Sirius and I hated that I was right. The only bit of Harry’s family that he has left is just viciously taken from him. Sirius was the only chance Harry had to be removed from the Dursley’s abusive home. That dream ended thanks to Bellatrix. 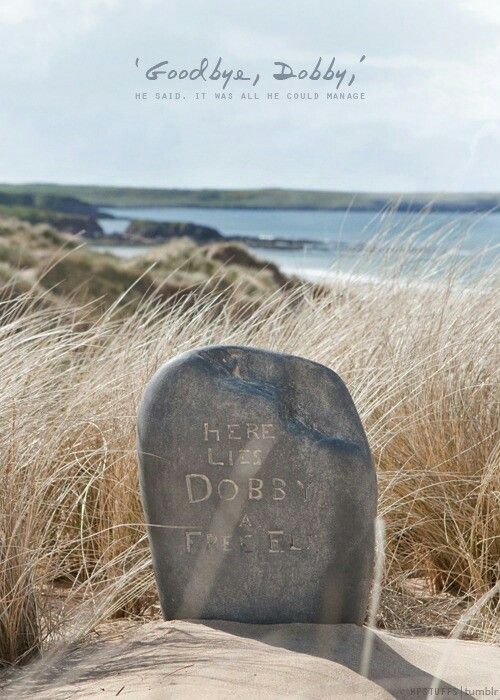 Dobby was such an adorable. . . menace. He made Harry’s life hell in the Chamber of Secrets, but deep down his intentions were sweet. Without Dobby, Hermione would have been killed by Bellatrix probably and Voldemort could have won the battle. Dobby plays such a great part in this series so his death *again Bellatrix, that evil witch* is more heart breaking. His soul was so innocent and it’s sad how mistreated he was when he belonged to the Malfoy’s. I think the movie played out this scene beautifully.

Professor Lupin was probably my favorite part of the Prisoner of Azkaban aside from the time turner necklace that Hermione owns. Lupin taught Harry in a way no other professor had. He called Harry out when he was reckless and became one of Harry’s closest allies. It always makes me sad to think that Teddy won’t have his parents. I know what it’s like to grow up without a father figure and it’s a hard thing to go through. Lupin’s story is so incredibly tragic. I wished he made it to the end.

So yes, technically Neville’s parents are alive. Are they really though? They were tortured into insanity and to me, they died that day. They stuck to the order and endured Bellatrix’s harsh cruelty *there really is no end to Bellatrix’s awful deeds* I think what makes this so sad is the fact that they are still living, but without the sanity to interact with Neville.

What deaths in the Harry Potter franchise impacted you the most?

10 thoughts on “5 Harry Potter Deaths that Broke Me”